This proof assumes knowledge of complex analysis, specifically the notions of analytic functions and Liouville’s Theorem (which we will state below). 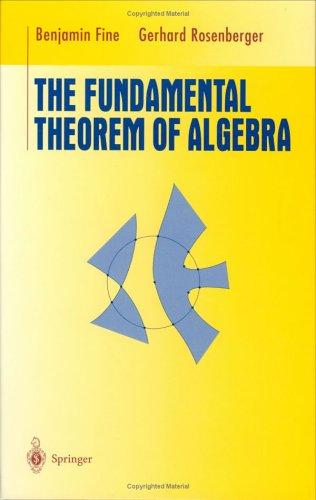 be a non-constant polynomial with coefficients in

has a root in

Solution: First, we note that Liouville’s theorem states that any bounded entire function (has infinitely many derivatives, is analytic/holomorphic)

is constant. In other words, if we can find a number

. The proof of this follows from Cauchy’s integral formula, and we take it for granted here.

Suppose to the contrary that

is non-constant and has no roots. Then the function

is defined everywhere on

and is analytic (the denominator is never zero by assumption). Now if

Now each term in the denominator of the rightmost term, we have

In particular, we may pick

sufficiently large so that

. On the other hand, since

is continuous on the closed, bounded disk centered at

is also bounded whenever

. Together these two imply that

is bounded everywhere on

is constant as well. This contradicts the assumption that

is non-constant, and hence